Africa to get its own metaverse

Ubuntuland, Africa’s own metaverse marketplace, will soon launch to the public, connecting the continent to a global digital economy.

You may have heard people talking about the “metaverse”, the new buzzword since Facebook renamed itself to “Meta”. If you’re not yet in the know, we explain what it means and how Africa is entering this new and exciting digital territory.

Meta founder Mark Zuckerberg described the metaverse as a place where you’re able to do almost anything you can imagine: “Get together with friends and family, work, learn, play, shop, create – as well as completely new experiences that don’t really fit [into] how we think about computers or phones today.”

The way you interact in the real world is translated into a virtual one in the metaverse – you’re able to buy and sell goods, (including property), and attend virtual concerts, movie screenings, and other events. It’s interoperable, which means it allows you to buy things from one platform and use them on another.

“In this future, you’ll be able to teleport instantly as a hologram to be at the office without a commute, at a concert with friends, or in your parents’ living room to catch up [with them],” says Zuckerberg.

And now, Africa will get its own metaverse, courtesy of  Africarare. The Ubuntuland metaverse is expected to boost the economy, create employment, and connect Africa to a global digital economy. This virtual world will bring together creativity, cryptocurrency, and commerce.

Africarare co-founder Mic Mann says, “Africarare will connect Africa to this booming arena of the global economy, stimulate growth, create multiple new jobs, such as digital designers, creators and architects, and enable South African artists to showcase their talent to the world and monetise their distinctive creations.”

Virtual land will be available to purchase that will allow customisations such as hosting shops, producing resources, renting virtual services, developing games, and more.

Africarare has also partnered with SA TV personality, rapper and entrepreneur Boitumelo Thulo, better known as Boity, to launch the “Boity Tribe” in Ubuntuland at the end of April. At the media event in Johannesburg on 28 February, her first virtual reality music video was revealed, with more to come, including the VR concerts she’ll be hosting for fans – just one of the new ways fans will engage with her.

“The nice thing about this space is that we as artists have control, and we get to cut out the middleman and interact with and give back to our fans the way we want to,” says Thulo. Africarare along with media personality and entrepreneur Maps Maponyane, will also launch a virtual fashion village featuring African designers.

Creators and developers can also trade within the marketplace in assets such as land, avatars, avatar additions, and other services available in Ubuntuland. 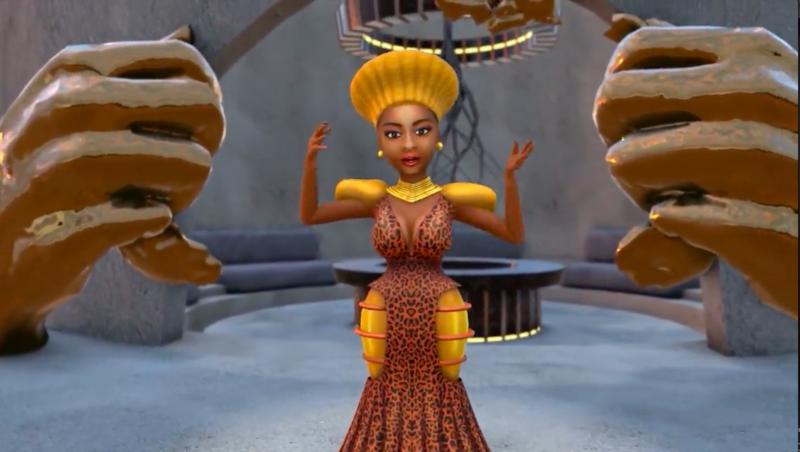