LG Q6: Get the bigger picture

The LG Q6 redefines sleek minimal design, with a seamless body, no camera bump, and a fully extended screen with rounded corners.

The LG Q6 redefines sleek minimal design, with a seamless body, no camera bump, and a fully extended screen with rounded corners.

In today’s tough and crowded technology environment, one way to build a competitive advantage is a cause. A mission. To go further and more boldly in one particular direction than anybody else. Find a drum and bang it, and your rhythm is sure to match the beat of someone’s heart.

For South Korean electronics giant LG, it’s all about the screen. Leveraging its TV expertise, the company is determined to bring the very best viewing experience to the palm of your hand. And their new LG Q6 smartphone is about to make the company’s philosophy available to a much wider market.

Samsung and Sony may have climbed aboard the OLED screen bandwagon first, but LG quickly raced ahead in the quest to make the largest OLED television screens and are now considered world leaders in the tech.

With the Q6’s predecessor, the top-of-the-range 5.7” G6, LG brought their big-screen television OLED expertise to bear on the smartphone market.

But it’s not just how big the screen is. LG is determined to make large screens that can be controlled with just one hand. The Q6’s 2160x1080 pixel resolution 5.5” screen fits into a mere 142.5x69.3mm! To do this, they have reduced the bezels (borders) to mere slivers.

The size of the screen is important to LG, not just to make your phone a reasonably useful tool for watching video and looking at photographs, but the company was also the first to pioneer dual display functionality, turning your screen into an interface tool. 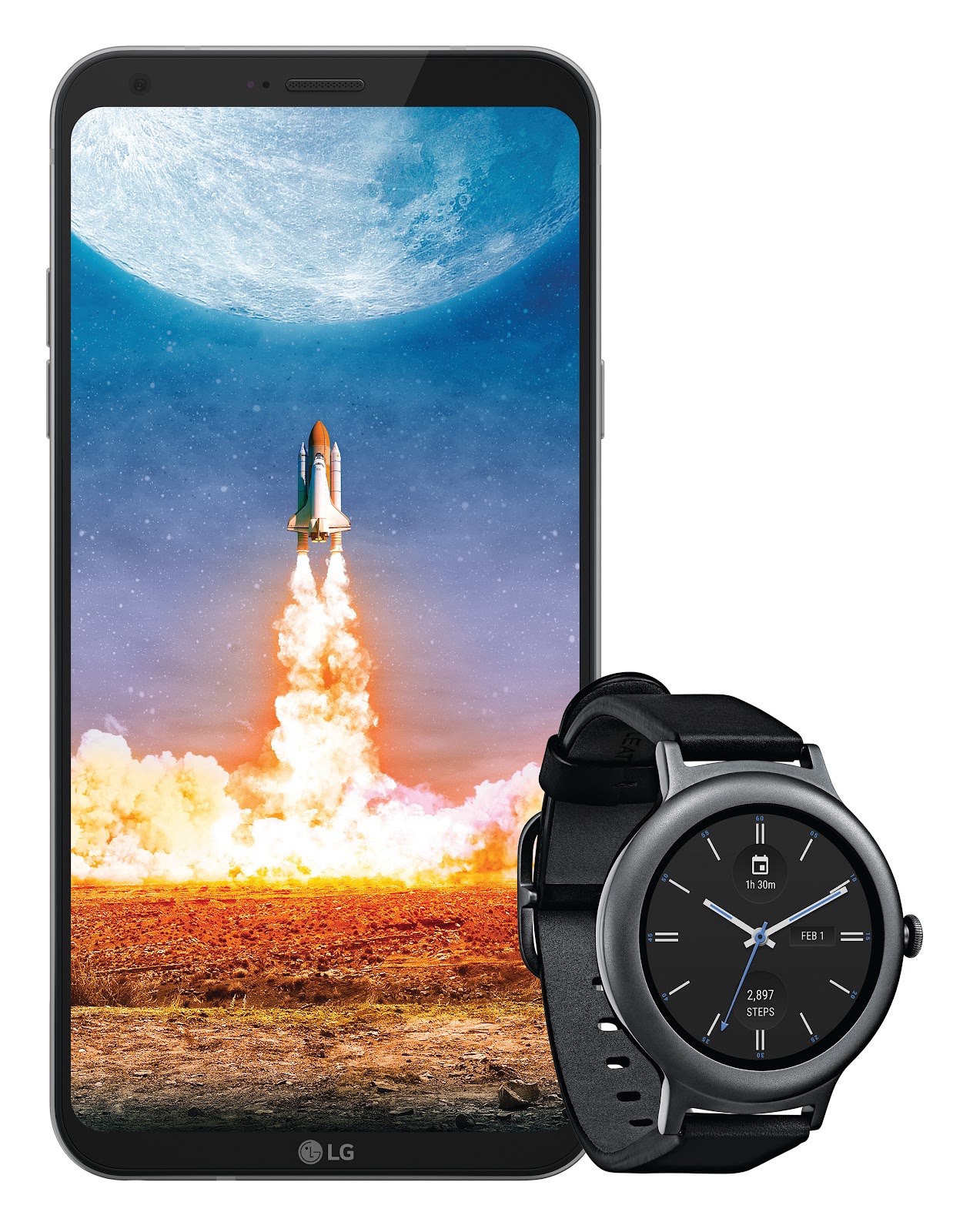 The Q6 retains the G6’s 18:9 aspect ratio, meaning that the screen is twice as long as it is wide (when held upright). This means that the phone will not cut off or compromise any details in shot if the phone is used to watch videos.

According to LG, the idea to go with a 18:9 screen was inspired by the Oscar-winning cinematographer Vittorio Storaro, who has worked on films like Apocalypse Now, Ladyhawke and Last Tango in Paris. In 1998, Storaro proposed a standard aspect ratio of 2:1 to allow films to be viewed as they were meant to be, whether the audience was watching in a cinema, a television, or a portable digital device. (Hollywood took up the challenge, and to date several series, including House of Cards and Stranger Things, have been filmed in the 2:1 aspect ratio).

The Q6 continues to fly the 'FullVision' flag high, maintaining its predecessor’s 2:1 (same thing as 18:9) aspect ratio. This is a phone made for viewing videos and capturing wide horizons.

Naturally, not all apps will fit into or benefit from this aspect ratio, but you can resize your aspect ratio for individual apps and then save these settings in the swipe-down menu.

But that’s not all …

The Q6 boasts a front camera that will shoot at 13 megapixels – more than enough to fill that ample frame with crystal-clear resolution.

When the iPhone X launched, much was made of its face recognition unlocking function. We wonder if the fact that the Q6 has replaced its fingerprint unlock function with facial recognition will be met with the same fanfare. We'll soon find out.

The LG Q6 is available to purchase from Vodacom online.