While the NXT LVL Show focuses on contestants’ journeys, the stars of this week’s episode were undoubtedly the mentors. The not only hogged the comfortable red couches during a challenge presentation, they also hogged the limelight as they brought the drama in bucket loads.

Vodacom NXT LVL is all about finding a diamond in the rough. It’s about taking a talented musical act under 25 and giving them the opportunity to rub shoulders with the best in the local music industry as they prepare to launch their showbiz careers.

While the show focuses on contestants’ journeys, the stars of this week’s episode were undoubtedly the mentors. They not only hogged the comfortable red couches during a challenge presentation; they also hogged the limelight as they brought the drama in bucket loads.

From Riky Rick’s bright yellow emoji slippers and the facial expressions of Big Nuz’s members while collaborating with Music 97, to DJ Zinhle slaying with her bold wardrobe choices and Euphonik calling out Jesse and Riky for “wasting our time” during the small challenge, there was no shortage of highlights.

The flames first ignited during the small challenge presentations. Riky Rick’s unconventional approach of wanting Jesse to fail in remixing his mentor’s debut single so that he “brings it” for the big challenge didn’t sit well with the others, and Euphonik had the most to say about it.

The mentors took their passion and competitiveness into the studio for the big challenge. They collaborated with the NXT LVL contestants to produce a one-minute song. Riky Rick and Jesse oozed energy and had everyone in the room jamming along with their catchy hook, but all the teams excelled at this challenge and it was clear that the competition was stiff.

In the end, it was Thami (and his mentor for the week, DJ Zinhle) who scored the highest and won the challenge. When host Denise Zimba revealed the results, tempers flared. Riky Rick felt that the other mentors were “coming with a lot of trickery and skulduggery” and that the scores were not a true reflection of the performances. This started a heated debate about penalties for those who exceeded the time limit, the entertainment value and differing music tastes and opinions. It’s clear that it’s not only the contestants who are invested in this process; the mentors are putting their hearts and souls into shaping the future stars too.

To see exactly what was said about the scoring process, watch this full clip of the debate:

After six weeks, the leaderboard looks as follows: 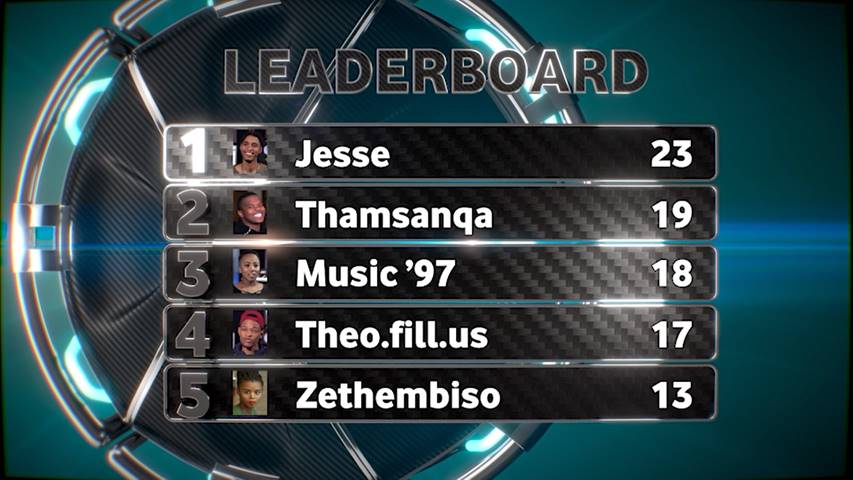 Tune in to Mzansi Magic (DStv channel 161) to see how the next round plays out. The judges are pushing the artists to get the most out of them, but could they be pushing them towards breaking point? Find out every Wednesday at 21:30.