The History Of The Modern Keyboard

From the original typewriter to the fully virtual layout, we look at the evolution of the modern keyboard.

Technically, the first computer keyboard has its beginnings in the first-ever commercially successful typing machine, developed by American inventor Christopher Latham Scholes in 1873. In this first model, the keys were arranged in alphabetical order. So successful was it that many people who had become adept typists found the keys would often become jammed when they were typing too quickly.

After numerous, unsuccessful attempts to fix the issue, Scholes finally hit on a solution. This was to lay the keys out in such a way as to slow down the speed at which a user would type. To do this, he placed the most frequently used keys away from each other, as far apart as possible. Hence the modern keyboard, known as QWERTY, was born.

IBM released its very first personal computer in the early ’80s, equipping it with the famous model M keyboard. Still in high demand even today for its high quality and unique mechanical feel, the model M keyboard was an instant success. However, it did have one or two flaws, such as the ‘Enter’ and ‘Shift’ keys being too small to use easily. IBM addressed this problem by designing special keytop expanders that could be fitted onto the keyboard, enlarging the keys.

There was not much choice of colours during this period, with virtually all keyboards being either beige or grey. It wasn’t until the late 1980s that black coloured keyboards finally came out. Initially, there were only a small number of keyboard manufacturers, and so the production of moulds needed to supply extra keys for printing on wasn’t a problem –  even though it was expensive.

However, as the 1980s progressed, more and more keyboard manufacturers entered the fast-expanding market in earnest, and so the creation of these expensive moulds was no longer practical. So in 1985, IBM developed Touchdown Keytop Overlays, which could apply adhesive onto the top of keys, thus changing the legends on them. From now on, the cost of producing keytops was reduced significantly, and this solution is still used today. 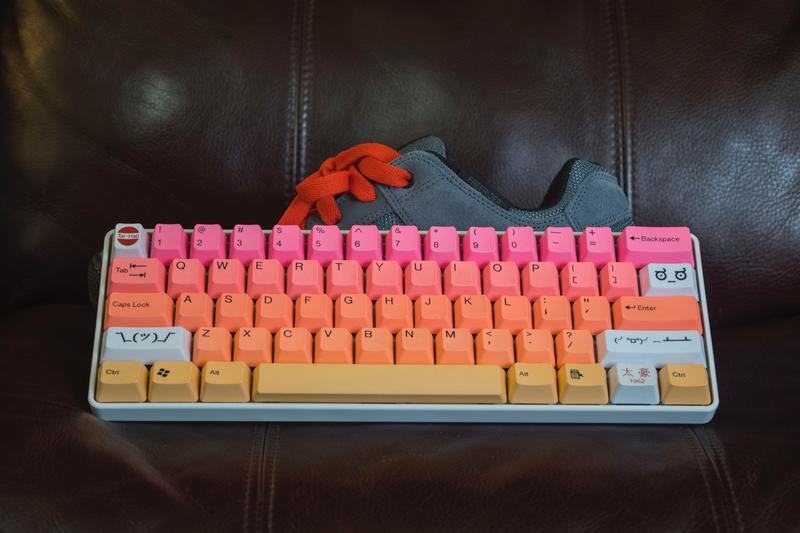 - Photo by Paul Esch-Laurent on Unsplash

End Of An Era?

The biggest development in the 1990s was the introduction of membrane switches, which began to replace individual mechanical keys. With the introduction of the laptop computer in this decade, membrane switches increased in popularity at an incredible rate. Laptops also inspired other developments in keyboards, as did the advent of the internet, which fuelled demand for more changes such as extra functions and navigation keys.

The first decade of the 21st Century, saw even more advancements, such as the introduction of ergonomic keyboards designed to lessen repetitive strain injuries associated with too much typing. Both Microsoft and Google introduced their own versions of the keyboard, with the Swiftkey and Gboard respectively. Microsoft SwiftKey is an intelligent keyboard that learns your writing style, allowing for faster typing, while Google's Gboard introduced gliding - sliding your finger from letter to letter without lifting them.

However, the biggest development of the past decade has been a move away from the traditional keyboard. Perhaps the history of computer keyboards is finally coming to a close. Modern ideas such as the use of voice recognition and touchscreen computers may well bring about the demise of the keyboard that has served us so well for almost 150 years.

Vodacom offers a variety of home internet solutions, including fibre-to-the-home and LTE plans. Click here to check if there’s Vodacom fibre coverage in your area. Visit the Vodacom LTE site as well to see our LTE internet products.