Top of their game

Ami Kapilevich watches his sons watching other people playing video games and asks: where to from here?

Ami Kapilevich watches his sons watching other people playing video games and asks: where to from here?

My son is 11 and he watches a lot of YouTube. He subscribes to a raft of teen vloggers, skaters and pranksters like Tanner Baumgartner, Jack Septiceye, and the Joogsquad. Frankly, I don’t understand how these trite and alarmingly prolific vloggers can be as entertaining as a crafted reality show or a scripted series. But my parents never really understood my penchant for Mad magazines or B-grade horror, so I get why I don’t get it.

And yet nothing brings out the generation gap between me and my sons (aged 11 and 4) as much as video games. Don’t get me wrong; I’ve done more than my fair share of gaming. Before my kids were born, their mother nearly broke up with me because I spent several weeks on the couch in my underwear playing Psi-Ops: The Mindgate Conspiracy. Thanks to gaming, they were almost never born.

But things have changed.

I started playing video games in arcades, and then in corner cafés. My friends and I would spend entire weekends trawling neighbourhoods for 'twenty cent machines', and then clocking hours on games like Galaga, Kung-Fu Master, Double Dragon and – my personal favourite – Xevious.

If one of the machines was occupied, we would crowd around it and watch the person play, but it was done grudgingly. We weren’t cheering the player on. We were willing him to lose so that we could get a turn. The better the player at the machine was, the less we liked him because he was hogging the machine.

These days, my sons both love to play games on the PlayStation and iPad, but they do something that I simply cannot get my head around – they spend hours watching other people play games! Primarily Minecraft, at this stage, but also a bit of Clash of Clans. And I’m sure that by the time they start playing Call of Duty and MMORPGs, they’ll be glued to Twitch – the online streaming service where anyone can watch the best game players in the world battle it out live.

It is here – in the realm of the spectator – that our generation gap yawns. So I’ve done a bit of research on it, and it is fascinating.

The popularity of Twitch and similar services arises from several factors: the games have become more compelling and popular, the Internet has allowed players and teams to play against each other instantly and across the world, and video platforms like YouTube and streaming services like Twitch mean that anybody can watch anyone else play at any time.

It’s a heady little technological cocktail, and it was only a matter of time until things got serious. Better players banded together to form teams. These teams became increasingly formalised. Rivalries emerged. Fan bases grew. And grew. And sponsors followed the millions of eyeballs that were glued to these online broadcasts. All the ingredients were there for gaming to become a fully fledged sport. 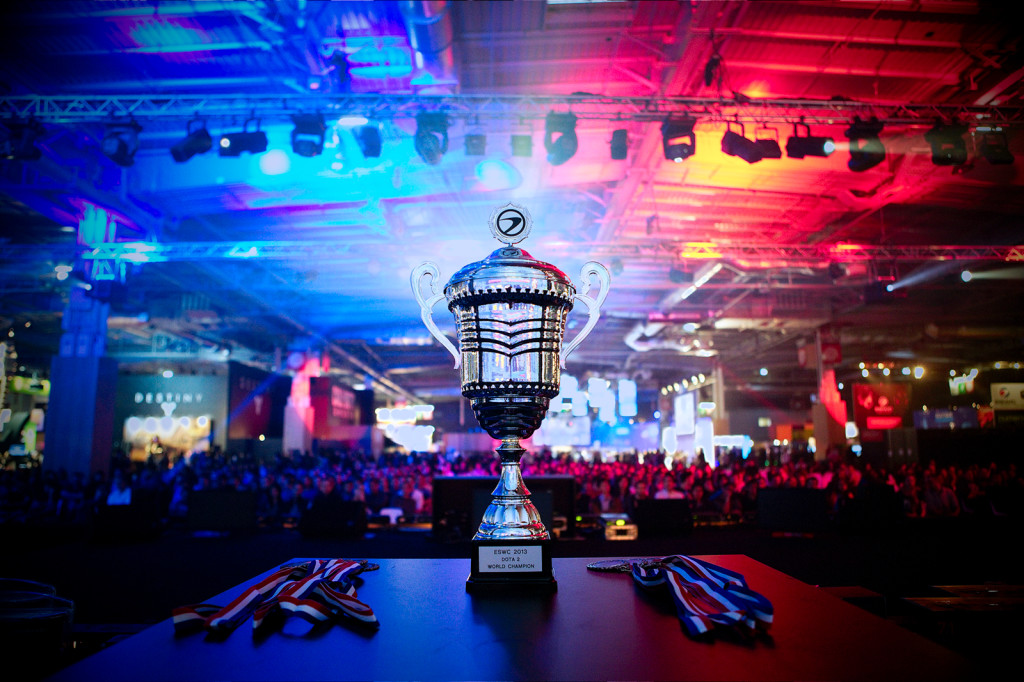 Today, hundreds of spectators watch professional teams live in custom-built arenas, while millions more follow the action from home. In 2013, thirty-two million people tuned in to watch the League of Legends World Championship final – more viewers than those who watched that year’s season finale of Game of Thrones. The winning team, SK Telecoms, walked off with a record $1m purse. The following year, 40 000 people watched the League of Legends World Championship live in Seoul, South Korea – the spiritual home of e-sport.

In South Korea, e-sport is so popular and socio-economically legitimate that talented gamers are put in special ‘gaming houses’ where they eat, sleep and dream of nothing but video games. And why not? The country has three TV stations dedicated to gaming, and e-sports champions are treated like celebrities in Korea. According to eSportsEarnings.com, Sang Hyeok Lee earned $1 169 713 (about R14 million) in salaries and endorsements last year.

In SA, the e-sports culture is not quite as developed as some other countries, but the passion of the players and fans is not that far off. Each year, the Rage Expo, South Africa’s gaming extravaganza where new games are released and the finals of the Do Gaming League are played, attracted 35 845 enthusiasts to the Dome in Johannesburg.

So while South Africa’s gaming industry is thriving, with $181m of revenue streaming into the industry in 2013, according to a PwC report, I am not quite ready to tell my sons to focus on their playing as a viable career choice. At least, not yet.

One thing is for sure: the digital gaming industry is growing and evolving at a breakneck speed. Perhaps in a few years’ time they will be coming to me and saying, 'Dad – I don’t get it. All your grandchildren want to do is spend time in their VR world, playing arcade games in the dark corners of dodgy corner cafés in the 1990s.'