Vodacom invited some lucky registered Red clients to bring their sons to Loftus for an evening filled with laughs, good food and loads of activities specifically designed to strengthen the all-important father and son bond.

A wise man once said, “Being a good dad starts with presence, not presents.” It was in this spirit that the Vodacom Red #BullsFamily Father and Son Sleepout was hosted by Vodacom on Saturday, 2 September at Loftus Versfeld Stadium in Pretoria.

Vodacom invited some lucky registered Red clients to bring their sons to Loftus for an evening filled with laughs, good food and loads of activities specifically designed to strengthen the all-important father and son bond. To make the Father and Son Sleepout an unforgettable experience, the Loftus field was transformed into a giant campsite, complete with tents, food trucks, a dining area and the massive Blue Bulls jumping castle, which proved to be a major draw card for the kids. 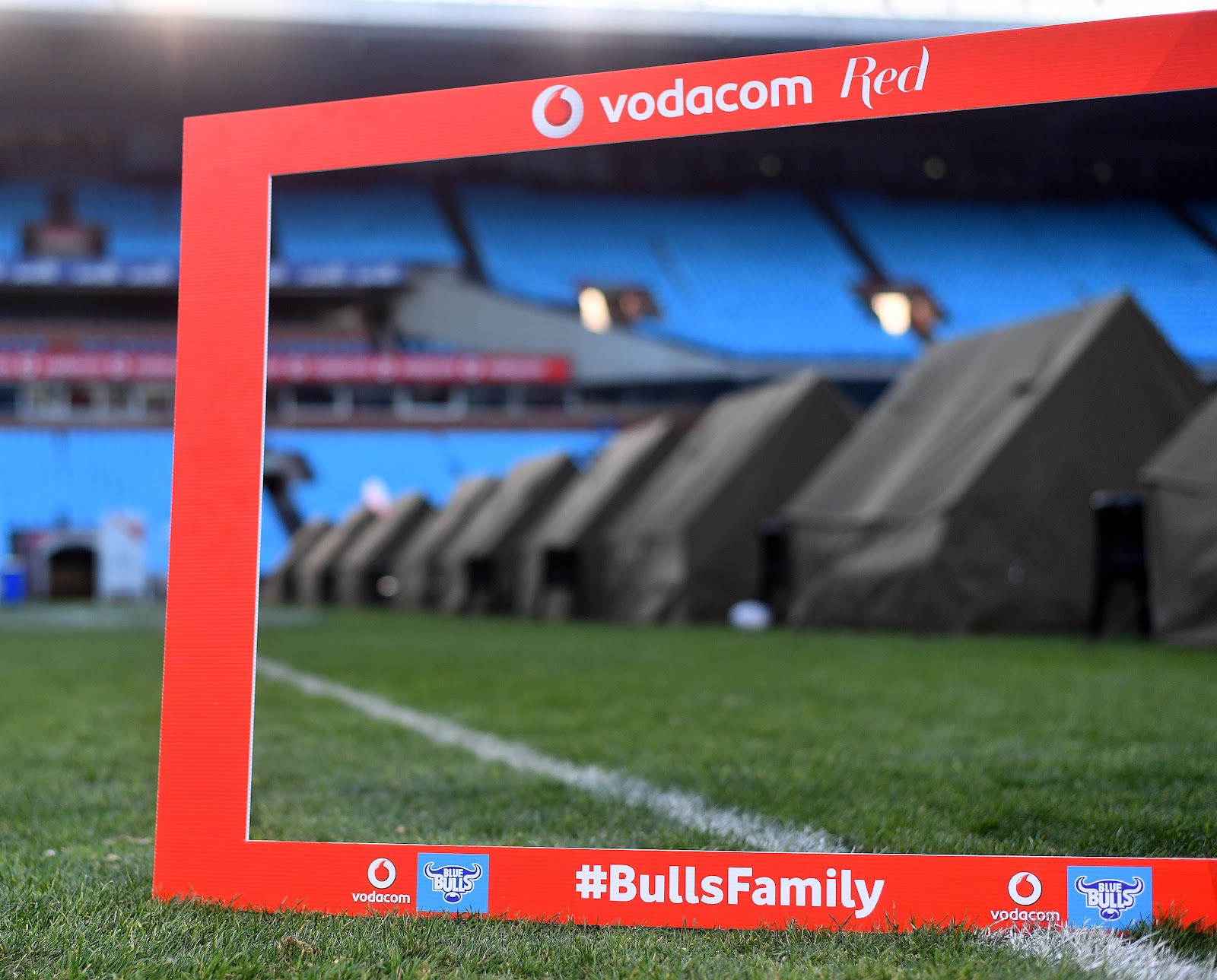 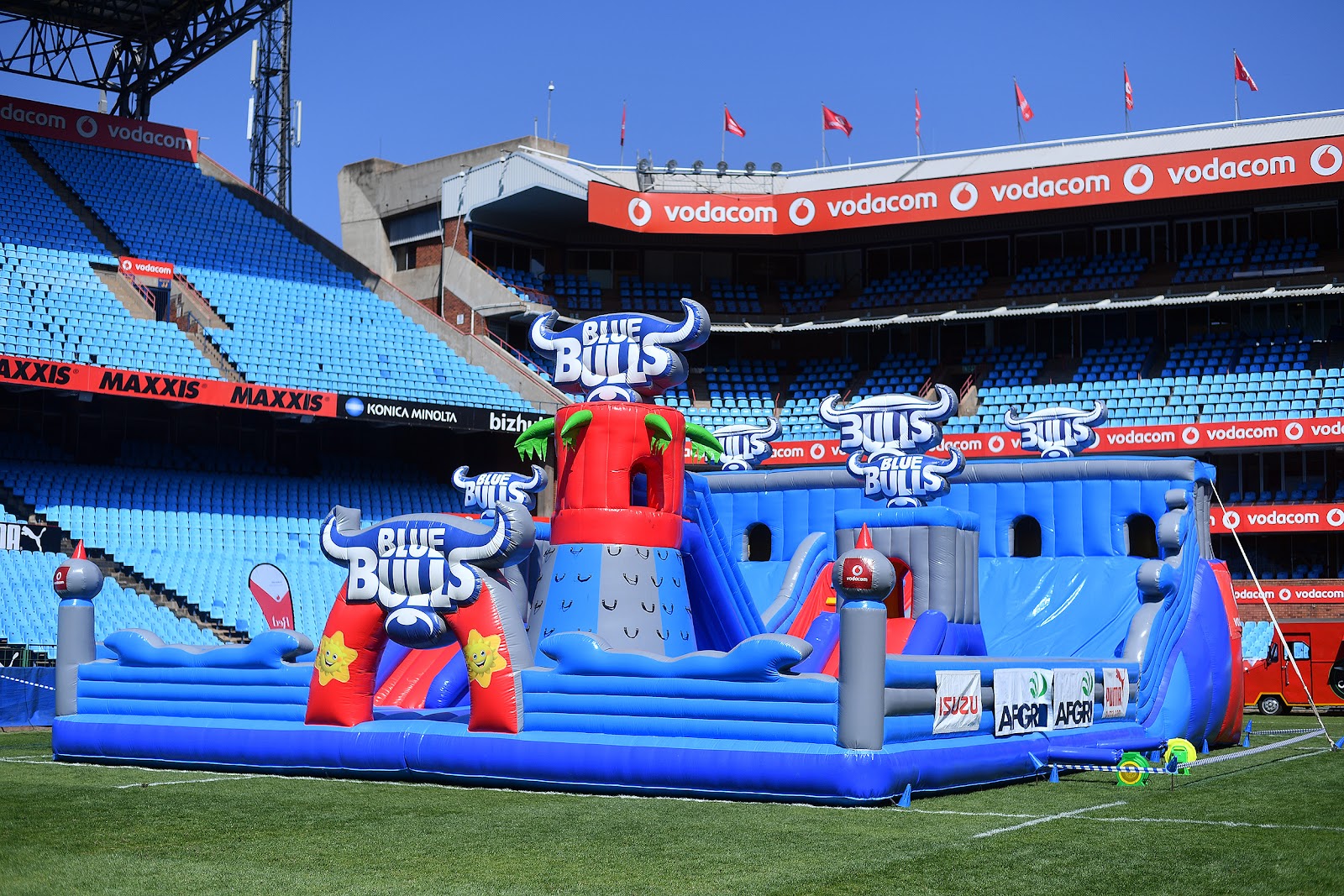 When not enjoying the delicious food or tackling each other on the jumping castle, most of the kids could be found lining up penalty kicks, catching up-and-unders and kicking grubbers to each other, as they tried to copy their Vodacom Blue Bulls rugby heroes. Excited cries of, “Look dad, I’m Handre Pollard”, and “ Check hier, dis waar Jamba Ulengo sy drie teen die Lions gedruk het”, could constantly be heard echoing around the stadium. 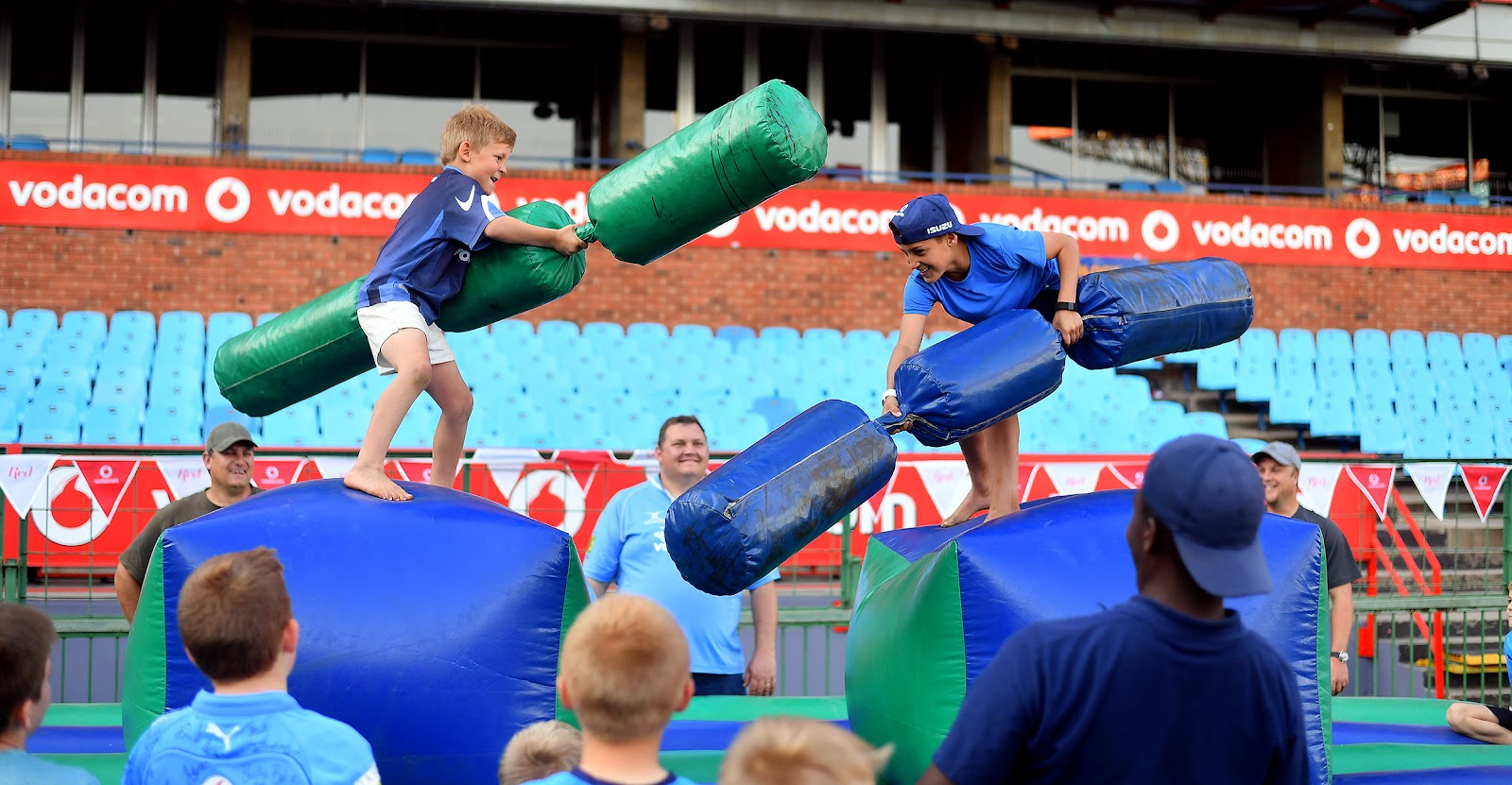 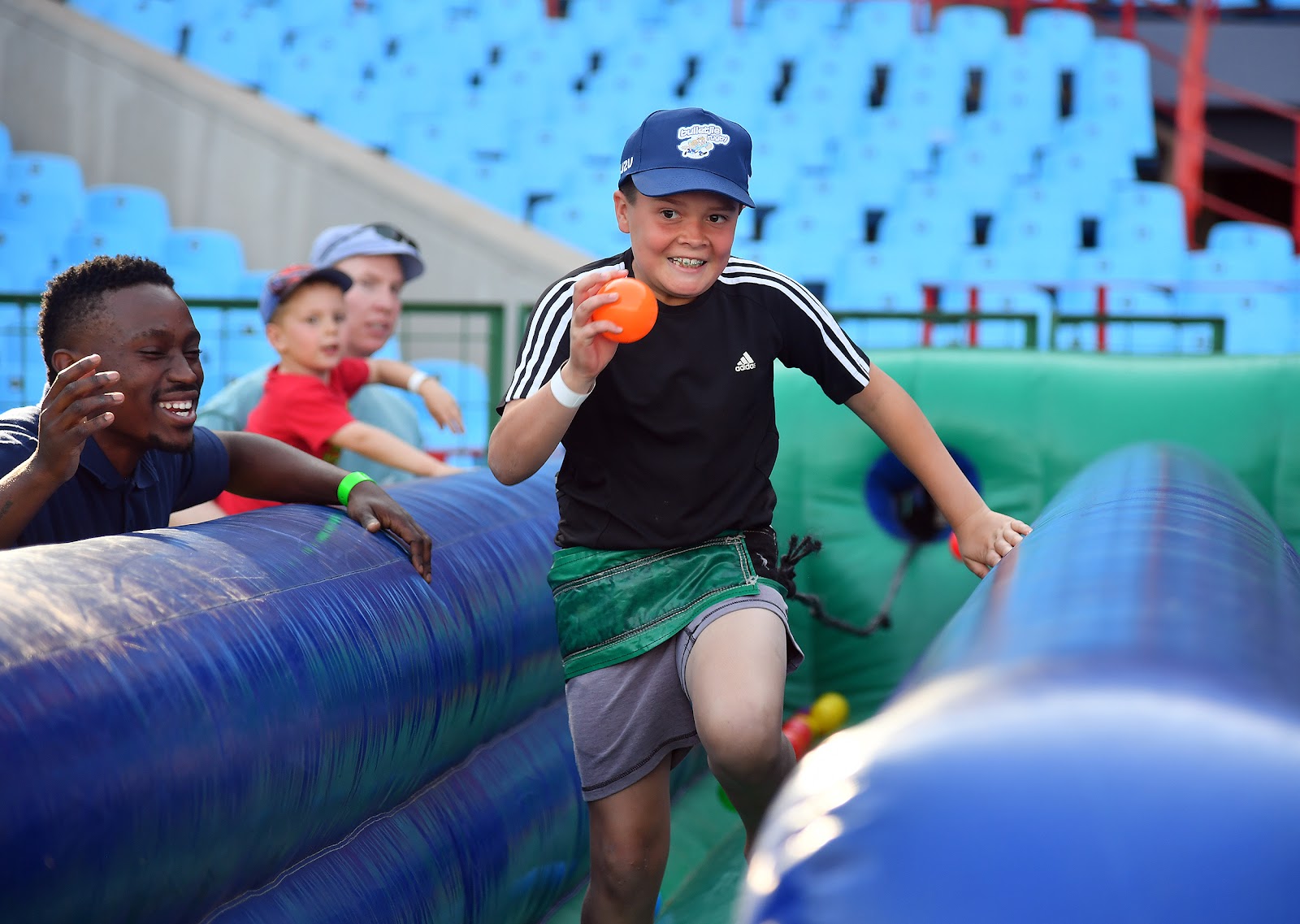 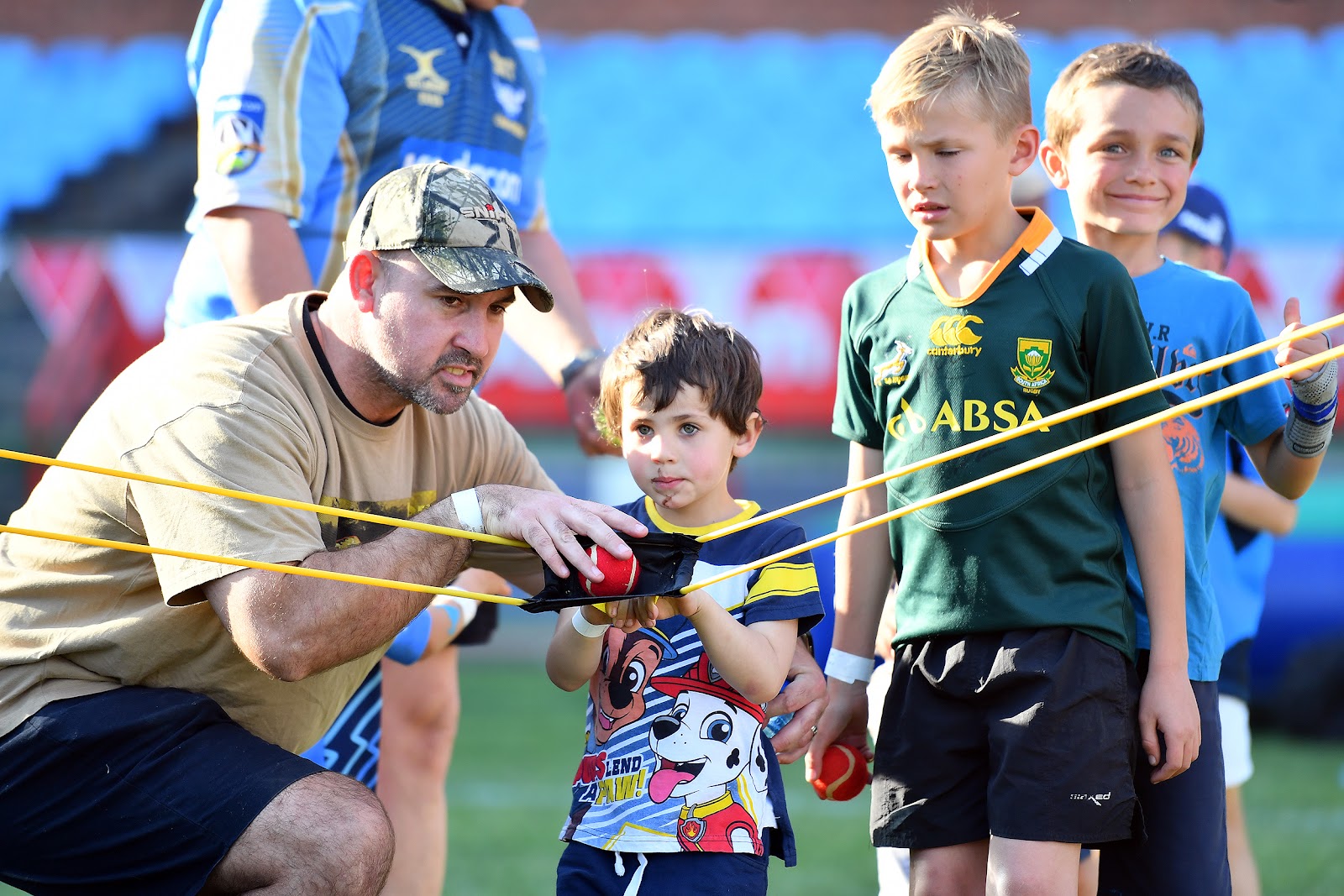 Although the Father and Son Sleepout was chiefly for the kids, as a special addition for the Vodacom Red fathers, Vodacom also arranged for Springbok and Vodacom Blue Bulls legend, Bakkies Botha and his son to be there on the day. After a tour of Loftus Versfeld Stadium, led by Vodacom Blue Bulls historian, Tannie Saartjie, ‘The Enforcer’ was joined by another Botha in the form of Gary ( Vodacom Bulls Scrum Coach ), to chat to the fathers about ‘the good old rugby days’ and also offer some great advice and share their feelings on what it means to them to be good fathers. Inspiring stuff!

As the stadium started to be enveloped by the darkness of night, one might have expected the kids to retire to their tents fairly early after an action-packed day. But alas, there was no chance the kids were not going to squeeze every last bit of fun out of the Vodacom Red #BullsFamily Father and Son Sleepout. Only at 11pm did the kids eventually ‘allow’ the stadium lights to go out and the fathers and sons got to enjoy some well-deserved rest in their tents, before making their way back home after a scrumptious early Sunday morning Loftus Versfeld breakfast.

To fully understand what a magnificent day our Vodacom Red fathers and their sons enjoyed, please watch the official Vodacom Red #BullsFamily Father and Son Sleepout video below.