VURC unveils a trophy for a new era in rugby

As it leaves the workshop of celebrated trophy makers Thomas Lyte in England, there is a sense amidst the sharpest design minds at Matter and the craftsmen and women who have worked their traditional skills on that design that the Vodacom United Rugby Championship trophy they have created is rugby in all its glory.

As it leaves the workshop of celebrated trophy makers Thomas Lyte in England, there is a sense amidst the sharpest design minds at Matter and the craftsmen and women who have worked their traditional skills on that design that the Vodacom United Rugby Championship trophy they have created is rugby in all its glory.

That trophy arrived in South Africa for the first time this week and will be displayed at Loftus Versfeld for the quarterfinal between the Vodacom Bulls and the Cell C Sharks: 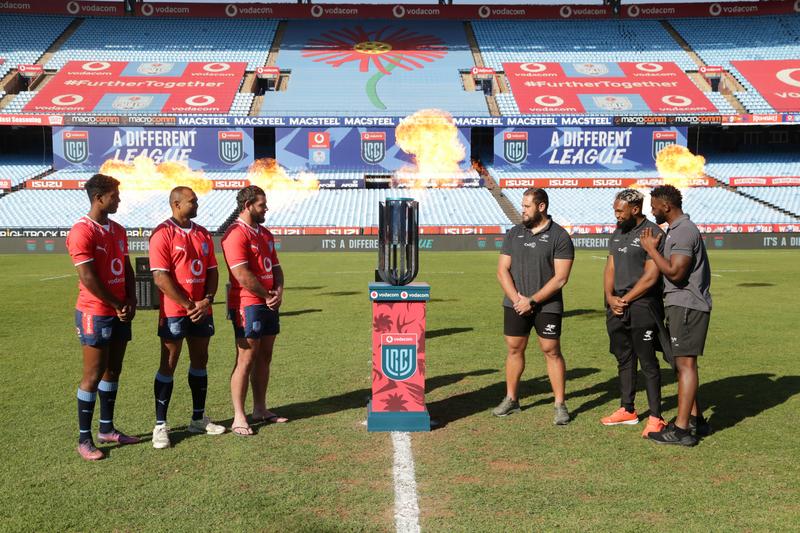 “The Vodacom United Rugby Championship trophy embodies all that we believe this great competition represents as the future of rugby. It is an honour for us to be able to showcase it for the first time in public here in South Africa at Loftus Versfeld. As South African rugby’s greatest supporter, this is indeed a special moment as we unveil the prize a new generation of rugby players from North to South will battle for,” said Michelle van Eyden – Vodacom Executive Head of Sponsorship

It has come from the North to the South. And it has come with a message.

The message is that this is not just a trophy.

It is an answer.

It is an answer to the questions that define greatness. What makes a great season? What brings a team together? What makes the sacrifice worthwhile? Why do you play rugby?

It is that moment in a changeroom.

That moment when a player puts his arms around his brothers and they bind each other together in strength like the silver arms that frame this work of art.

It is the core spirit of the game.

That belief that this is something special and sacred with a heritage that must be protected and passed on for future legacies. And there it is, in the vessel sitting in the middle and protected by those silver arms that embody the countries and teams strengthened by this game and determined to protect its core essence.

It is a symbol of hope.

At its top sits a crown of light. That crown is a season of hope carried in the light of dreams in players’ minds, and the highest aspirations in a coach’s silent moments. A crown that can be removed and which the winning team will keep.

There are parts of this trophy which have been forged in 680 degrees Celsius heat. Similarly, there isn’t a single player in the Vodacom United Rugby Championship who, having put his body on the line and his character to the test week in and week out, doesn’t understand what it means to be forged in fire.

Even the very elements used and shaped in the milling machine are described by the manufacturers as “elements that lend themselves well to being machined into a shape”. Words any coach will relate to as he seeks to similarly mould and shape his various elements in the machine of a championship-winning team.

Like the very team it will reward with the ultimate prize this season, this trophy is an engineered piece broken down into many individual parts which all come together to create something beautiful.

“We wanted something that was a perfect reflection of the tournament. This a tournament characterised by its diversity and geographies, of 16 different teams and playing styles and languages. This is an iconic trophy unlike anything else out there. There’s no existing template in sport for a trophy like this,” says Tom Lister, the Chief Marketing Officer for the Vodacom United Rugby Championship.

“It feels fitting that it should be given its first runout in South Africa – a country we’re so proud to have in our competition and with the current performance of the South African teams and the excitement building.”

At the end of this season, the winning team will grip those silver arms together and raise aloft a trophy that exemplifies the teamwork required to achieve greatness on their field of play.

It is not just a trophy.

It is an Array.

An Array of everything and everyone United in and by this game of rugby.