Elon Musk’s SpaceX plans to put the first people on Mars in 2024. Ami Kapilevich asks a simple question: why? And comes up with a not-so-simple answer.

Elon Musk likes to end his talks with the line: 'I want to die on Mars. Just not on impact.' And he is not joking.

In September 2017 the Formula One-faced billionaire outlined his dream to turn humankind into a 'multi-planetary species', and five months later he launched the Falcon Heavy rocket that could take the first human crew to Mars.

Which all sounds pretty damn cool, but the question must be asked: why?

Why would he spend so much money on this, and how does he manage to convince his investors to do the same?

In a paper summarizing his speech at the International Aeronautical Congress, Musk tells us that the reason is very simple. Or, rather, the choice is a no-brainer: stay on Earth and accept our collective demise by an inevitable extinction event, or 'become a space-bearing civilization and multi-planetary species'.

Okay. But is that what he tells his investors? Give me hundreds of millions of dollars to save humanity? Invest now and your progeny will dodge an asteroid? Our names will be written in history books? We will be the forebears of a civilization? Or is it simply: we’ll be rich?

Musk made a lot of money from building and selling PayPal, and he is creating huge value with electric vehicles, solar power, and a train that will go ever so fast in a frictionless vacuum tube. But these are all practical, real-life, mass market ideas. SpaceX intends to send the first humans to Mars in 2024, and follow that up with regular shiploads of paying colonists. 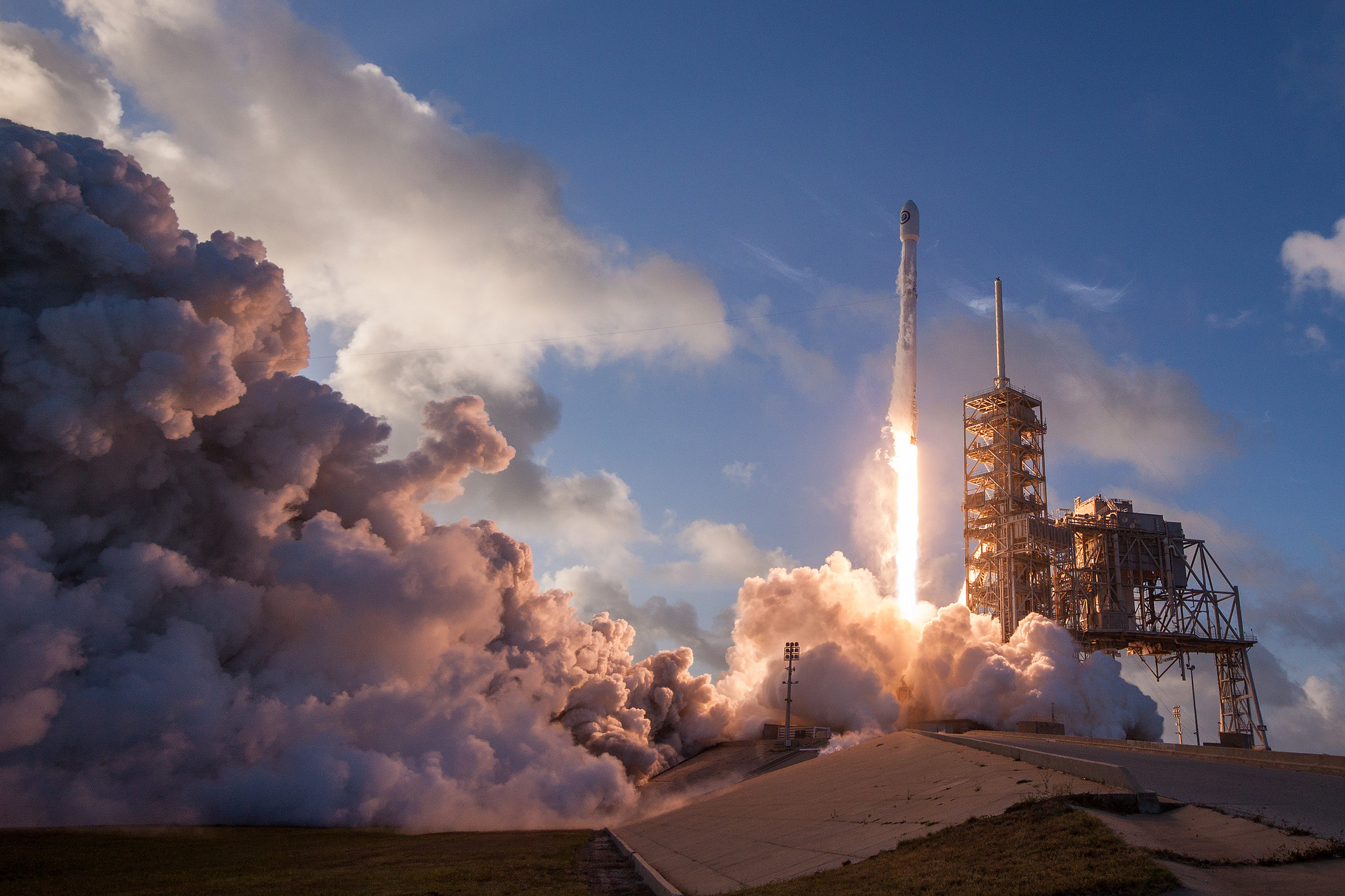 Granted, the business plan is a bit more diversified than that. Blasting things into the thermosphere can make money from travel (think Sydney to London in 30 minutes) and tourism (think gravity-free weekend getaway with a breathtaking view) and satellite deployment (think broadband on Everest). And SpaceX’s Dragon rockets are regularly sending astronauts and supplies to the International Space Station. But the flagship idea is to send people to Mars for US$200,000 per person – a number arrived at by calculating the average price of a mid-level home in the USA.

To make that price a viable one, says Musk, SpaceX needs to make trips to Mars five million percent cheaper than they are at the moment. And in order to do that he needs to make all his rockets fully re-usable, re-fill them in orbit, manufacture that fuel on Mars, and figure out what the best fuel (Musk uses the word 'propellant') would be to do all that.

Logistically, it’s far from impossible. I, for one, have no doubt that there are enough wealthy adventurers, visionaries and Kardashians to fill every seat in every Falcon from 2024 to terraformation. And Moore’s Law of exponential technological advancement means that Musk could very well die on Mars after a perfectly safe and cost effective landing. But let’s throw some numbers around, not because they will settle anything but because it’s fun.

So far, SpaceX has raised $1,6 billion in venture capital, almost all of it coming from a breezy billion courtesy of Google in 2015 and a lump sum of $450 million raised in June 2017. We don’t know exactly how many millions of dollars the company has turned into stratospheric wow factor so far, but the answer is: plenty. So how much can it make in return?

SpaceX’s Interplanetary Transport System will be able to transport around 200 passengers per flight. That’s $40 million per flight. Musk has indicated that he would eventually be launching up to 1 000 rockets every 26 months, which is a staggering $20 billion in revenue per year.

Which brings us back to the original question: why would Elon Musk plough his fortune, and the money of his investors, into something which looks not so much like a pipe-dream but – from an investment point of view, at least – a white elephant?

I tried to pick tech guru Tony Shapshak’s brains for an answer but his reply was somewhere along the lines of: Who cares? It’s just so damn cool!

He is, of course, absolutely right.

SpaceX is not the only company with cosmic ambitions. Virgin Galactic, Richard Branson’s spaceflight company, is hot on SpaceX’s heels. The company aims to use a rocket called SpaceShipTwo, which launched from an airplane, to blast wealthy astro-tourists into orbit. (Branson’s venture has been plagued with setbacks, primarily because unlike SpaceX his company requires manned launches, so he can take fewer risks. And in 2014, one of his SpaceShipTwo rockets exploded over the Mojave Desert, killing one of its pilots.) In February 2018, Branson promised developments 'in the next few months'.

Blue Origin is the other space racer. This is Amazon billionaire Jeff Bezos’s company. Blue Origin has successfully tested its rocket – called New Shephard – twice, and is planning its first crewed missions this year.

Branson. Bezos. Musk. Notice the pattern? These are people for whom money is unimportant. They’re so far up Maslow’s hierarchy of needs that they need, well, space suits.

At a certain point in success and fortune, people change. Mainly, I think, for the better. While the rest of us struggle to make ends meet, some people – not all, but certain individuals – take a step back and wonder: 'What’s it all about?' They begin to wonder about Big Things like legacy, mortality, and the future. They become charitable, like Bill Gates and Patrice Motsepe and Warren Buffett.

I had breakfast with the astronomically successful entrepreneur Mike Stopforth a few weeks ago and while I pretended not to worry about the price of the eggs Benedict he was saying: 'I don’t know what I want to do next, but it has to be something that will help other people.'

Helping other people is the pinnacle of self-fulfillment. And that is, perhaps, what separates SpaceX from Virgin Galactic and Blue Origin. Branson wants to give tourists the thrill of space travel. Bezos is on the same track. Elon Musk wants to save the human species from mass extinction.

How can you put a price on that?

Get the latest cellphone technology in your pocket on Vodacom Business Online and get FREE delivery, FREE connection and FREE sim. All without leaving home - now that's the way of the future.