If you’ve ever met a Samsung Galaxy Note user you’ll know how evangelical they can be, and it’s not just because of the size of the handset, it’s that magical S Pen that keeps the faithful coming back version after version. If you’re one of the flock, you’ll be delighted to hear the S Pen on the Samsung Galaxy Note8 is undoubtedly the best one yet, with a 0.7mm tip and 4 096 levels of pressure sensitivity making precise selections or scribbles a cinch.

But the S Pen – now waterproof, too, as is the Note8 itself, even with the stylus removed from its slot in the bottom of the handset – is just the beginning. It’d be little use without an outstanding display, but that’s exactly what Samsung’s delivered with the 6.3in Infinity Display that makes up the front of the Note8.

There’s a tiny bezel at the top and bottom of the display, but they’re almost invisible, and when combined with the curved edges on the left and right of the screen (matched by symmetrical curves on the rear) and Samsung’s AMOLED screen technology, the result is the best-looking screen we’ve seen on a smartphone to date.

Of course, there have to be some trade-offs, and in the case of the Note8 it’s the fact that that lack of bezels means the Note8’s home button is now wholly digital, just like on the Galaxy S8 and S8+. The upshot is that you can use the phone in full-screen mode and hard press at the bottom of the display to go home. The downside is the fingerprint sensor has had to move around the back next to the camera. It can be a little tricky to reach, and it also means plenty of fingerprints on the camera.

In good light, the fingerprint sensor’s location isn’t a real concern, though, as you can unlock the Note8 via facial recognition and the front facing camera, or using the built-in iris scanner that first appeared on the S8 range. And while on the topic of the S8, the Note8 is very similarly proportioned to the S8+ with the most obvious difference at a glance being the squarer corners of the Note. 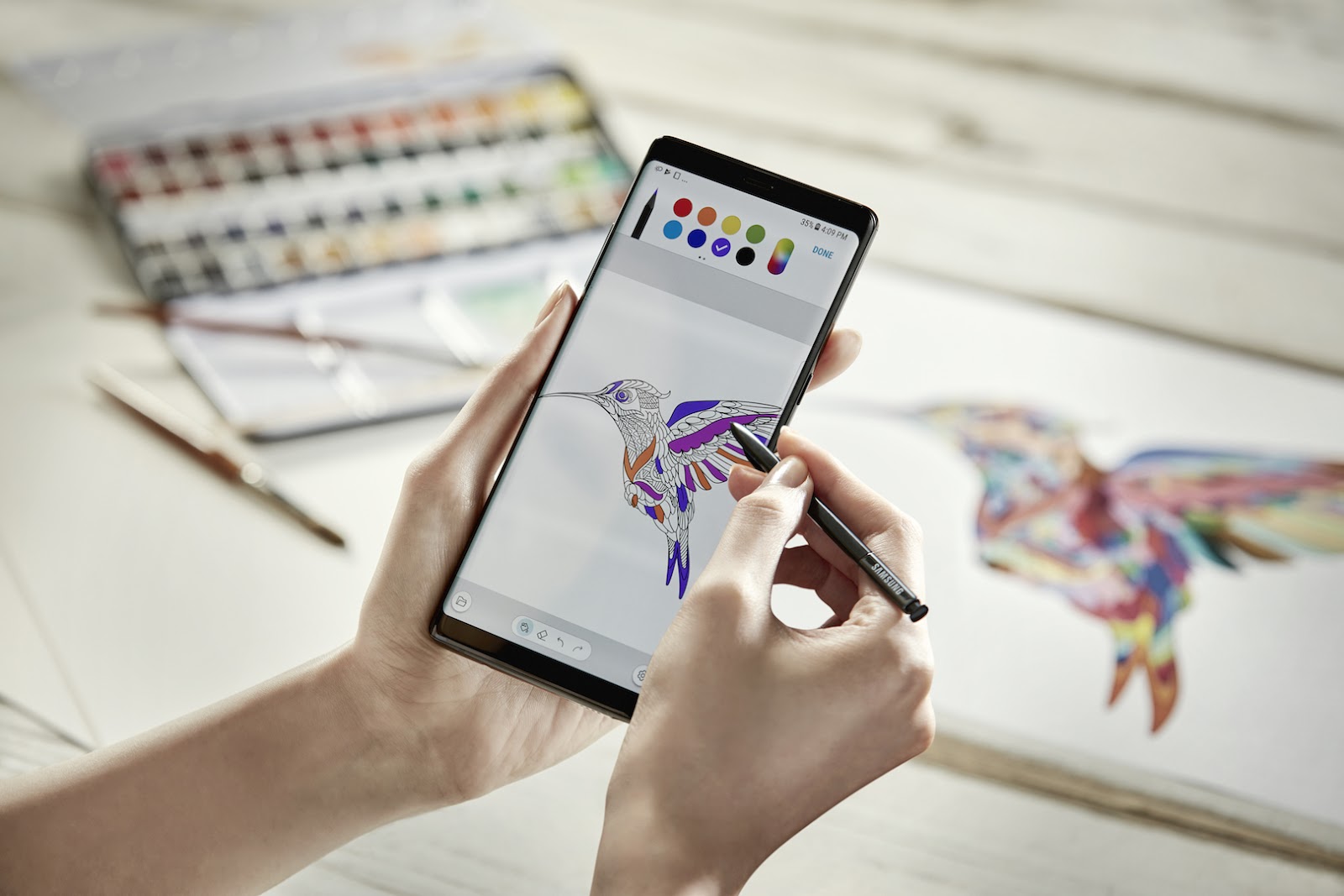 The other obvious change is that there are now two cameras around the back of the Note, one a regular wide-angle and another a 2x optical zoom. Aside from offering more flexibility to mobile photographers it also makes it possible to shoot DSLR-like images where the subject is crisp and in-focus and the background isn’t. Thanks to some software wizardry you can adjust the effect of these “Live Focus” images as you shoot them, or after the fact.

Like the S8+, while it’s possible to operate it one-handed, it’s far easier (and more reassuring) to use both. But then, that’s also the case with the iPhone 7 Plus, Huawei Mate 9 or any other phablet. However, none of those devices offer a stylus, and Samsung’s done a great job of building in software that makes the most of it. 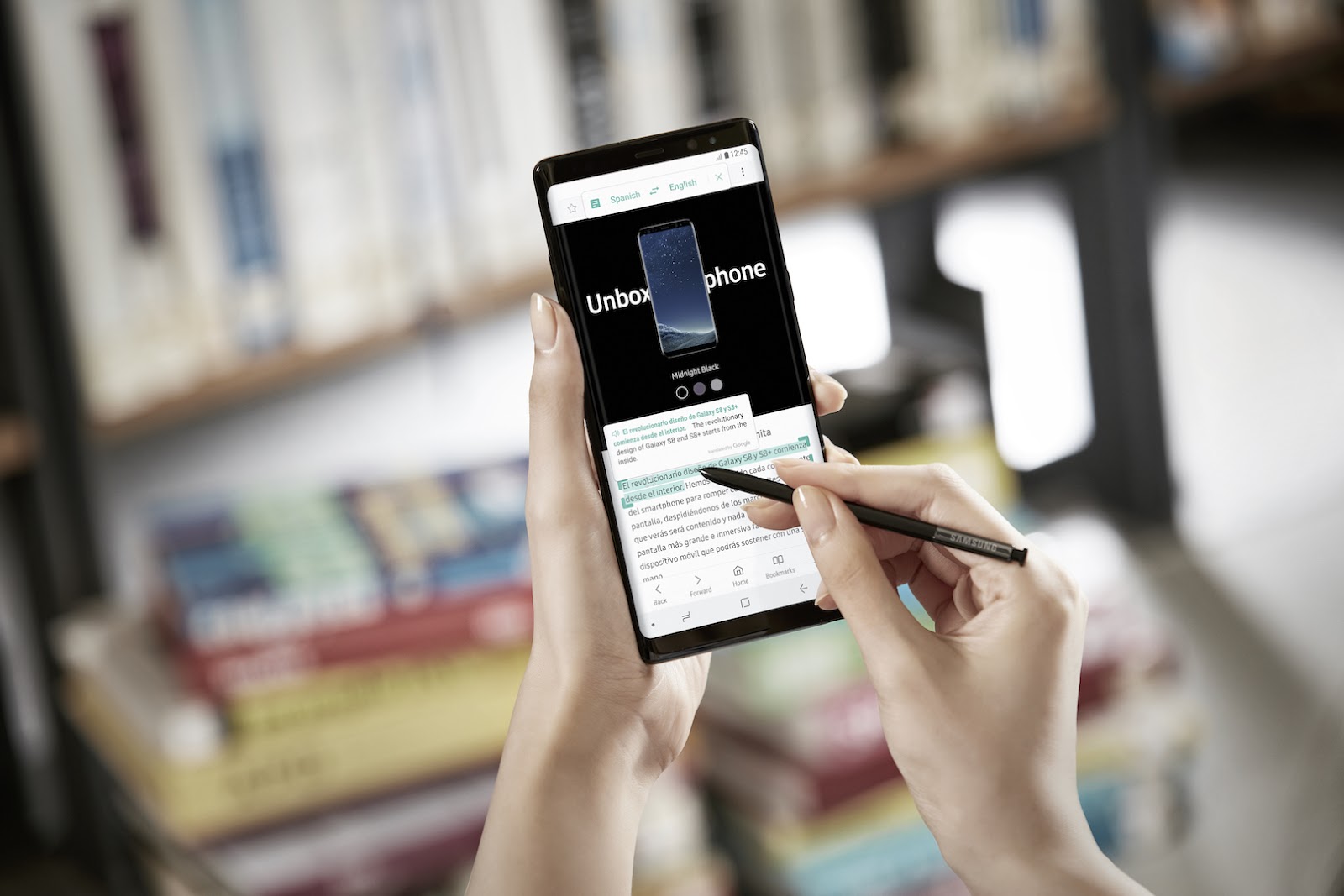 Notes jotted on the lock screen without even waking the handset aren’t new, but now you can pin them to the always-on display and can scribble up to 100 pages. It’s also possible to annotate pictures, web pages or other content and send the annotation as an animated GIF using any major messaging platform. And the 6GB of RAM has prompted a new dual-app feature where you can pair apps (like, say, YouTube and Gmail) and open both from the edge app tray with a single tap.

The Note8 isn’t just the best large-form handset Samsung’s ever made, it’s the best phone. Loyalists who’ve been holding out for it should be more than satisfied with what Samsung’s brought to the table. It’s a feast of cutting-edge hardware powered by equally impressive software and should make fans very happy indeed.

The Samsung Galaxy Note8 is available for purchase online at Vodacom.

It’s been a crazy 2020 but we’ve had a steady stream of gadgets come through during lockdown. Here are our top 5 picks for the year.
Nafisa Akabor27 Followers
Looking to enhance your Android phone experience? Our top five guide should give you some inspiration.
Drew Hook188 Followers
Lightweight and compact, the ASUS E410 sports a stylish new look that fits right in with your dynamic lifestyle.
Drew Hook188 Followers