May the 4th be with you on Star Wars Day

May the 4th is upon us and to celebrate we've compiled a list of fun ways to show your love for a galaxy far, far away.

May the 4th, otherwise known as International Star Wars Day is here, and to celebrate we've compiled a list of fun ways to show your love for a galaxy far, far away.

You can currently stream the three original films (Star Wars: A New Hope, The Empire Strikes Back, Return of the Jedi), the three prequels (The Phantom Menace, Attack of the Clones, The Revenge of the Sith) as well as the first of the new series, The Force Awakens on Netflix. Star Wars is always best experienced with friends and family (both young and old), so why not settle down for a movie marathon?

Whether you pick and choose which films to watch, or spend the entire day bingeing on the whole series, there's no better way to celebrate than by reliving the best parts of this space opera. You can even mix in some episodes of the animated TV show Star Wars Rebels on Showmax, for some quick action adventure. You'll have to wait a little longer for the first stand-alone film, Rogue One, and the next in the new series, The Last Jedi, to make it to your TV or device. 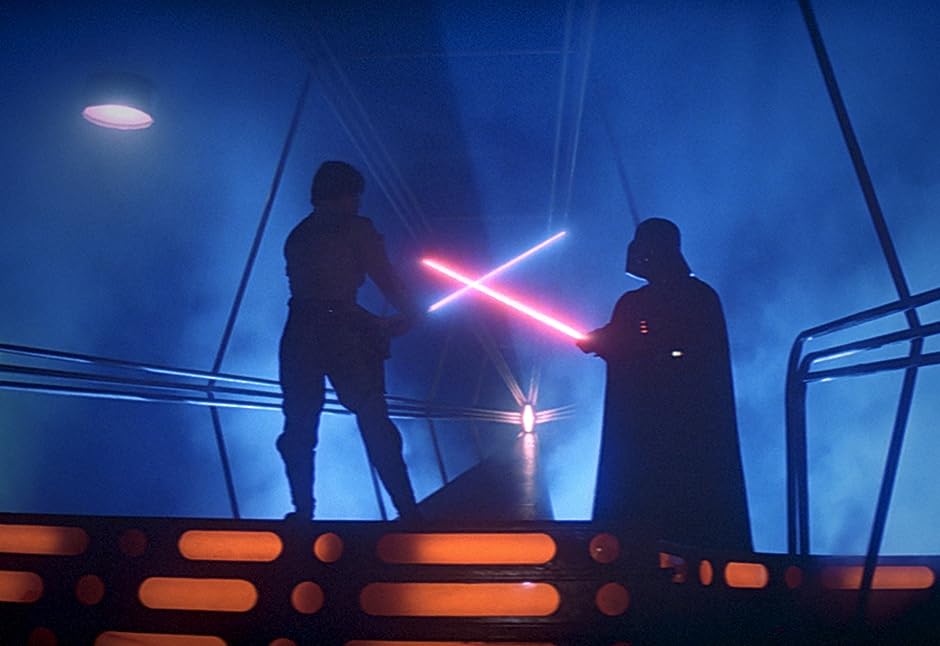 It's not just the movies that have captured the imagination of generation after generation. Here's some of the best Star Wars media to enjoy on your smartphone or tablet.

Knights of the Old Republic

Star Wars: Knights of the Old Republic isn’t just one of the best games on a mobile device, it’s one of the best games ever made. Staying true to the Star Wars name and franchise, this game takes you right into the Star Wars universe thousands of years before the movies take place. Best enjoyed on a tablet, it’s a deep, rewarding role-playing game with the freedom to plot your own party and path. Available for iOS and Android. One of the best Angry Birds crossovers, Angry Birds Star Wars is one of those time sinks that can easily take over every last iota of free time. With Angry Birds Star Wars II, you get all the familiar fun of the physics-based gameplay but with cool Star Wars-themed abilities for your birds, and you can even play as the Light Side or the Dark Side (the Pork Side). Available for iOS and Android.

Whether you're a recent convert to Star Wars or a veteran fan looking to top up their lore, the Official Star Wars App is your ideal saga companion. Synced up to the official info archive at starwars.com, you can also use it to keep up to date with the latest news and updates direct from Disney and Lucasfilm. The app also contains loads of other fun stuff, like Star Wars-themed GIFs and emoji, and a cool little Force Trainer game. Available for iOS and Android.

Dressing up for special occasions is important, and May the 4th is no different. Wearing anything from your favorite Star Wars t-shirt to full-on Stormtrooper gear is completely acceptable. (It’s okay to dress up your pet, too. Bounty Hunter bulldogs or Princess Leia poodles are especially encouraged.) Take some inspiration from this great Star Wars Cosplay gallery.

And with nothing but some paper and pencils, you can turn your bike into a perfect homage of BB8.

Food is always an essential part of any holiday, so make sure your serving the appropriate drinks and snacks when you host that movie marathon. And nothing beats the Star Wars staple of Blue Milk. You can find the recipe below.

Stir together the milk, sugar, and vanilla. When the sugar is dissolved, stir in a drop of blue food gel dye until combined. Keep in the refrigerator until ready to drink.

The official site has an entire selection of blue milk ideas for your next Star Wars themed party. And finally, no party would be complete without Javodaco the Hut, which is sure to be a smash with every Jedi, Sith, smuggler and Princess in attendance.