We get to know Mrs South Africa finalist and Vodacom employee, Nande Hadebe and her desire to bring change by lessening the gap between the rural and the urban child's opportunities.

Please tell us a bit about yourself?

I am a mom, wife and marketer born in the Eastern Cape in a small town called Dutywa. I moved to Johannesburg in 2011 in the hopes of pursuing studies in media but fortunately landed up in marketing.

What is your current position at Vodacom and how long you have worked for the company?

I work as an Assistant Brand Manager and have been with Vodacom since 2015.

How has your career grown at Vodacom?

I joined Vodacom as an intern in 2015, my first year was quite a sharp learning curve as I had been previously working as a sales consultant in a much smaller space with fewer formalities. Fortunately, I joined the Fibre team right at its infancy in a supporting role before joining Vodacom as a permanent employee in 2016. Since then I have been instrumental in growing Fibre from a Brand and Communications perspective. Over the years I grew to oversee both below-the-line and above-the-line marketing activities for Fibre while completing my BCom in Marketing and Management Sciences. In 2020 I took over the Household portfolio from a brand perspective and alongside segment marketing launched the first value campaign for households. I now look after NXTLVL and am excited to be the brand lead for the launch of the 2022 Youth Month campaign and Early Careers 2023 intake campaign. 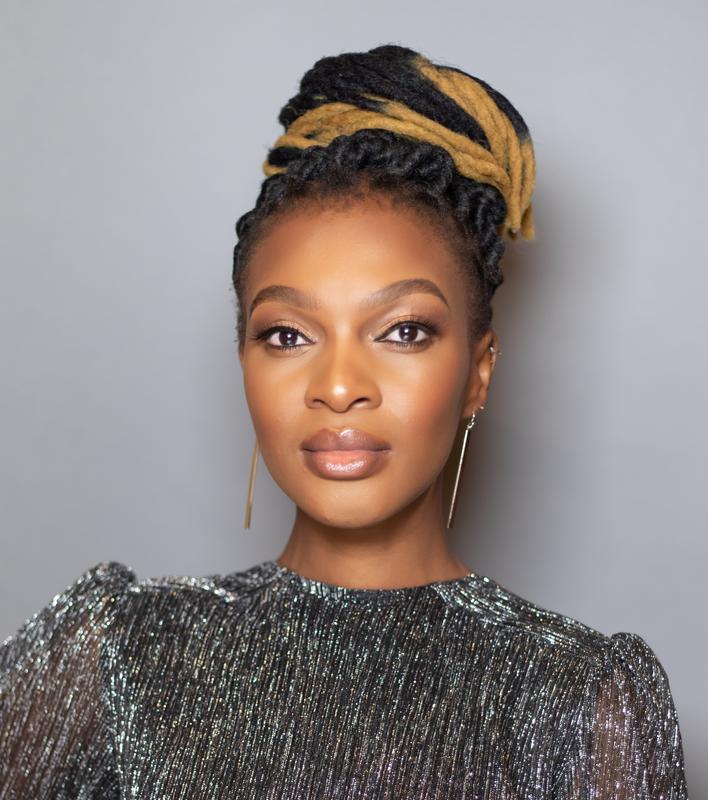 What has been the highlight of your career at Vodacom?

Honestly, it has been my personal growth. And all the exposure I’ve had within the marketing space, from running activations through to being involved in major expos such as MyBroadband and FTTX Council, and regional involvement which has given me a better view of the SA consumer landscape has developed me both personally and professionally. Most exciting however is all the times I’ve been behind the scenes on TV commercial productions. I think it is safe to say my best days were spent on set, enjoying the rewards after all the campaign build-up stress.

What made you enter Mrs South Africa?

So there are two main reasons.

What has been the highlight of being part of Mrs South Africa?

I have reconnected with the girl I imagined I would be one day when I moved to Joburg. I’ve also met an incredible group of ladies in different career spaces and this has widened my perspective and confirmed how brilliant we truly are as women. I met school principals, entrepreneurs, gym instructors, doctors and actors and am constantly in awe of the similarities that truly bring us together.

What are some of the ways corporates should commit to uplifting women in the workplace?

I think there’s so much fear and anxiety in the world right now and the least corporates can do is allow women the freedom to be, to create a space where personal ambitions are supported and talked about as well as a space that is trusting of ideas brought forth by women. This will build confidence, which will yield innovation.

Have you received any negative feedback or advice throughout your career?

With any advice, I think it’s important to note the perspective that’s coming from. People advise from their perspectives where these are results of trauma or stories of success but our journeys are simply not the same. But advice learning towards women belittling themselves to not be overbearing is certainly the worst.

Do you have any advice for women pursuing careers in corporate?

I’ll give one I heard recently from one of our Mrs SA workshops. Aim for an integrated lifestyle, you can do it all but not at the same time. Prioritise what’s important at a given point in time knowing there will be another time for the next thing.

How can people vote for you in Mrs South Africa?

Should you win the crown, what would you like to achieve as Mrs South Africa?

I would like to focus on bringing awareness to the true needs of a rural child. I’d like to get some corporates to join in my journey by prioritising the digitisation of rural communities. I hope the long-term benefit overall will be to inspire my little girls to do this life thing fearlessly knowing they cannot and should not be boxed.