Do the young upcoming acts have what it takes to take their careers to the NXT LVL?

The second episode of the Vodacom NXT LVL Show aired on 11 October on Mzansi Magic channel 161 on DStv. You're in the right place to get the scoop on what happened, get exclusive behind-the-scenes content, and catch a sneak peek of the next episode.

In Week 2, the artists had the massive task to remake a hit song – Musa's Mthande. Did these rough diamonds get a bit of polish, or were they found out? The five acts were selected among more than 700 hopeful entrants, who all uploaded their music vids using the My Vodacom App earlier in the year. A panel made up of industry heavyweights chose contestants based on their potential. It was about finding raw talent that could be moulded and guided toward their NXT LVL. Euphonik says: "This is more than just a music talent show, it’s about building future entrepreneurs. Successful artists are those that are able to build their brand beyond the stage."

The Vodacom NXT LVL Show gives these young talents the opportunity to be on a 10-week mentorship programme with some of South Africa’s biggest music giants, with the aim of laying down professional tracks and setting them up with the necessary knowledge, skills and support to make it in the industry. Now that’s NXT LVL!

With #vodacomNXTLVL trending on social media after the show, here are some of the reactions from fans:

Music 97 came out on top again, for the second week in a row. Here are the standings after Week 2. 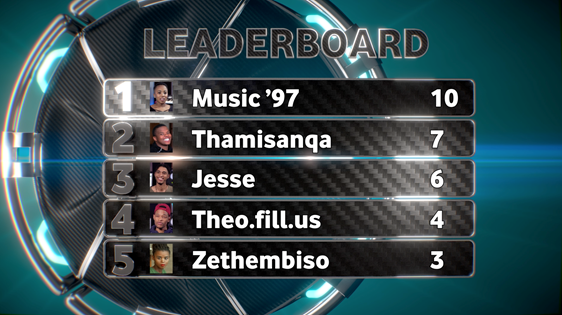 Riky Rick gave us an exclusive masterclass on spitting rhymes. It's about locking down a melody, packing it with the right words, and then telling your story, mistakes and all.

Hit maker Musa and record producer Maraza had some things to say to upcoming South African artists, and they also talked about interacting with the NXT LVL artists – and not all of it is good!