There is less than a week to go until we find out who will win the NXT LVL Show and go home with the R1 million prize.

There is less than a week to go until we find out who will win the NXT LVL Show and go home with the R1 million prize.

Last week, we watched the contestants make their own music videos to go with their gqom tracks. Once again, the show was a hit with viewers. Nella (@ntamo073533) tweeted: “#vodacomNXTLVL well done to @DJZinhle and @jessereignz really enjoyed their video” while LEGION (@legiondetenator) said: “#vodacomNXTLVL my homies @jessereignz and @theofillus certainly made some good stuff in this challenge especially Theo.” Luyanda Malingo (@luyandamalinga1) wrote: “But guys Zinhle always does her best when it comes to working with the contestants on the #vodacomNXTLVL her mentorship is AMAZING @DJZinhle.”

As fans get behind their favourite NXT LVL contestants by voting for them, the young musos are putting everything they’ve got into their final performances and absorbing as much as they can from the mentors’ last master class. But first, they were treated to a little break. Each act went on a downtime outing with their mentor. Theo and DJ Zinhle were joined by superstar Pearl Thusi and the trio let their hair down with some paintball, go-karting and socialising with others in the biz.

Meanwhile, Euphonik gave Jesse the opportunity to pick the brain of Slikour. He gained valuable insight about the industry, what it takes to make it and stay true to yourself. Ringo Madlingozi made a jaw-dropping surprise entrance while Thami and Danny K were wining and dining. The time they spent swapping stories and experiences was a memory Thami will keep with him for the rest of his life.

Music 97 joined Big Nuz for a day of chisanyama and boating. They got a taste of the good life that definitely inspired them to keep pushing until they are on the same level as their mentors. Riky Rick invited Zethe to lunch with Bucie, who had meaningful advice for the budding songstress. Riky concluded the day with powerful encouragement, telling her that she has done an “incredible job”. “You are meant to be here… everything coming your way is well deserved,” he said.

Then it was time to get back to work for next week’s finale. During the dress rehearsal with choreographer Lee Che, Theo showed that he knows exactly who he is as an artist and would not compromise his vision. Jesse was grateful to be teamed up with Euphonik, who he said was always consistent and pushed him. Thami and Danny K have nothing less than the top spot in mind, but Thami will have to bring it on the big stage. Music 97 proved that they have the energy required to put on a spectacle while Riky Rick showed Zethe what it takes to pull off an unforgettable performance.

Here are the current standings: 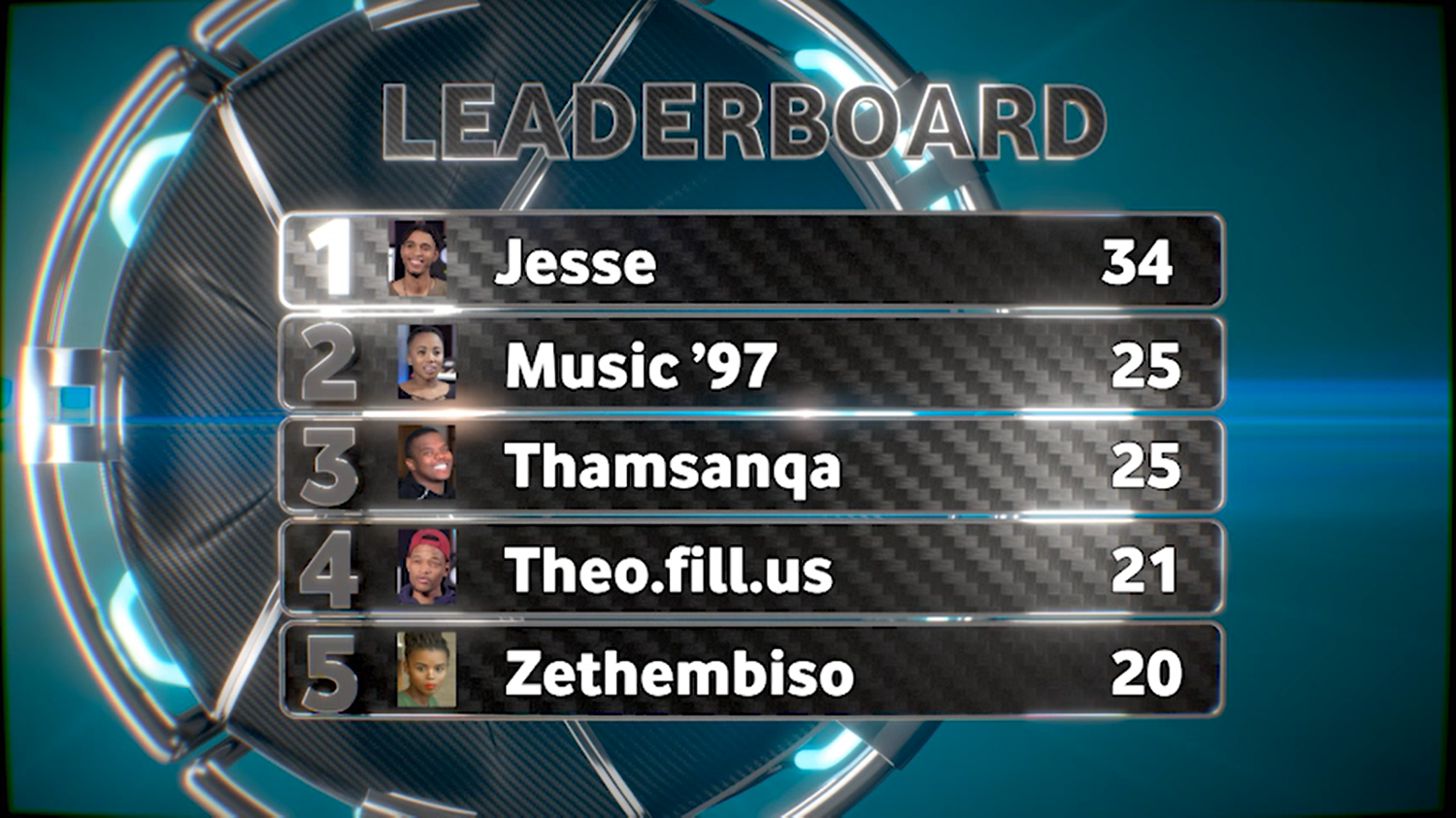 The 10-week journey is almost over and now it’s up to the fans to choose the winner. Voting is open. SMS the name (Jesse / Zethe / Theo / Thami / Music 97) of your chosen constestant to 33575. Voting closes at 10:30 on 6 December. Public votes will contribute 60% to the final result, so it is still anyone’s game. Tune into the live finale, being filmed at the Vodacom World Dome, next Wednesday at 21:30 on Mzansi Magic (DStv channel 161).