Vodacom Origins of Golf tees off

Vodacom Origins of Golf teed off at Arabella Golf Club this August.

Golf is about so much more than the game itself. It gives people the opportunity to build new relationships and forge partnerships. Vodacom's association with the game steps up every year through the Vodacom Origins of Golf. The series features some of South Africa's most prestigious golfing events at a selection of the country's finest golf clubs, including Arabella Hotel and Spa, Zimbali Country Club, and St Francis Links.

The first event in the series took place from 25 to 29 July at Highland Gate Golf and Trout Estate in Mpumalanga. The second event in the series took place at Arabella Hotel and Spa from 15 to 19 August. The Pro-Am tournaments group amateurs with some of South Africa's top golfers and these form the backbone of the winter leg of the Sunshine Tour. They give Red customers the opportunity to tee off next to captains of industry and golf's upcoming stars. 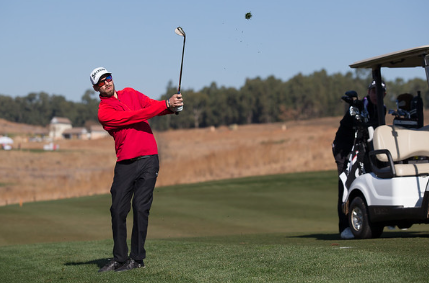 Vodacom Origins of Golf is a platform for the next generation of pro golfers to hone their skills in tournament play for five months during the South African winter. The winning amateur at the Vodacom Origins of Golf Final will be invited to participate in the AfrAsia Bank Mauritius Open Pro-Am, to be hosted at Heritage Resorts, Mauritius from 30 November to 3 December 2017. The winning amateur will also be interviewed on the Dan Nicholl Show on SuperSport, which will be filmed in Mauritius.

The next 2017 events will take place on the following dates:

Win the chance to play

Sign up or upgrade to Red and stand the chance to win two spots in the Vodacom Origins of Golf series. It’s a once in a lifetime chance to show off your golf skills, and rub shoulders with some of golf’s top players.