Vodacom Bulls fans can expect a whole lot more in 2018, with Vodacom Red bringing big hits to Hollywood and kicking off the year with an exclusive offer to stand a chance to win tickets to watch a unique rugby double header in Los Angeles. 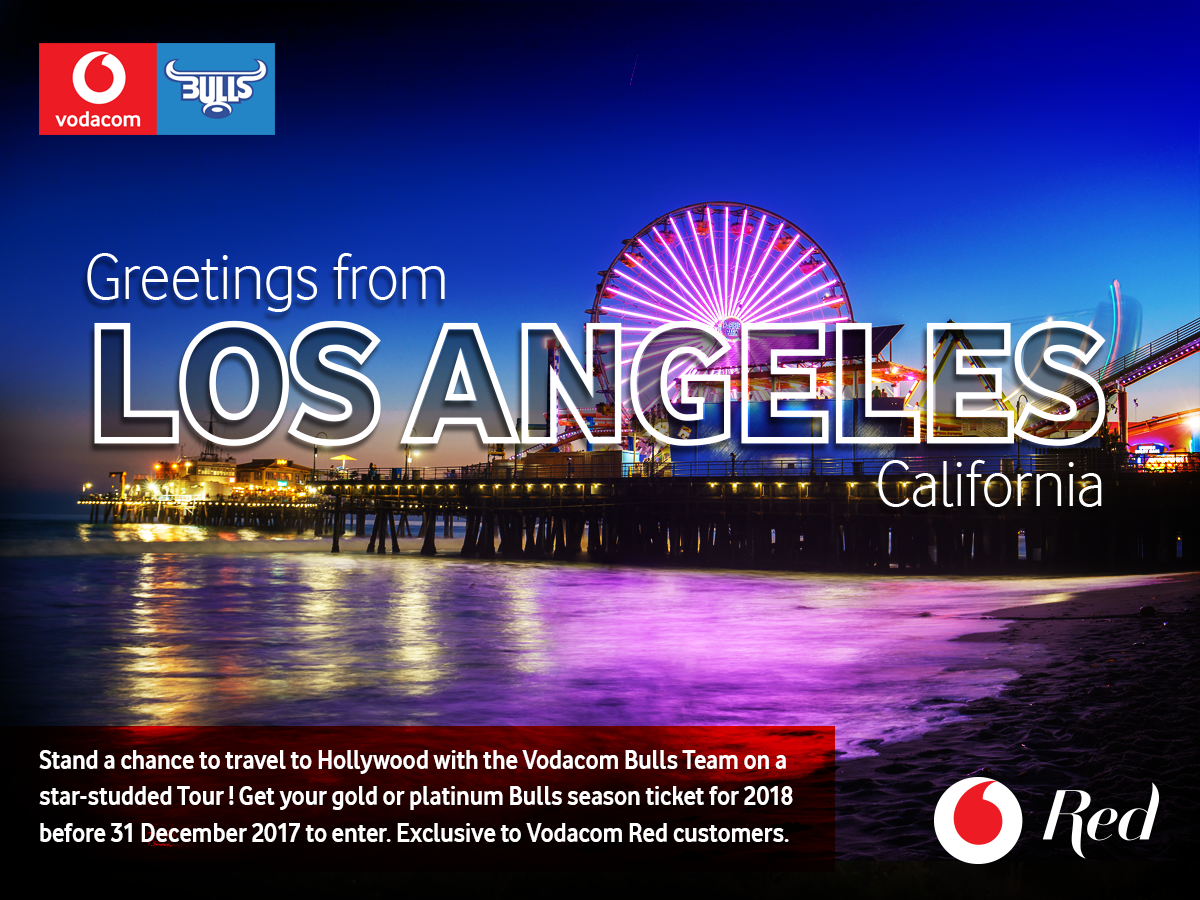 Vodacom Red clients who buy or renew Gold or Platinum Vodacom Bulls 2018 season tickets between 1-31 December 2017 will stand the chance to win two tickets for them and their partner to be part of their team’s pre-season Vodacom Super Rugby tour to the United States in what is being billed as International Rugby Saturday.

This once-in-a-lifetime experience includes watching the Vodacom Bulls take on the DHL Stormers at the StubHub Center in Los Angeles on 3 February 2018, followed by a match between USA Rugby and an Argentina XV.

“We’re starting the new Vodacom Super Rugby season on a high and it’s only going to get better for Vodacom Red clients who can expect even more rewards and more exclusive rugby experiences that money can’t buy throughout the 2018 rugby season,” said Michelle van Eyden, Vodacom Executive Head of Sponsorship.

This will be a unique opportunity for Vodacom Red clients to be part of rugby history, with this being the first match between two Vodacom Super Rugby teams on American soil.

“This is an amazing initiative by our title sponsor Vodacom. This not only speaks volumes about their commitment to the Vodacom Bulls fans, but also about their passion for extending the love for this beautiful game globally,” said Blue Bulls Company CEO, Barend van Graan.

Shooting for the stars in Mpumalanga

We have great news for those loyal Vodacom Bulls supporters in Mpumalanga who may be a little too far away to visit Loftus Versfeld every weekend.

Three lucky Vodacom Red clients who renew, upgrade, migrate or sign up to a new Vodacom Red contract in any Mpumalanga Vodacom store during December, will also be going on this rugby trip of a lifetime. 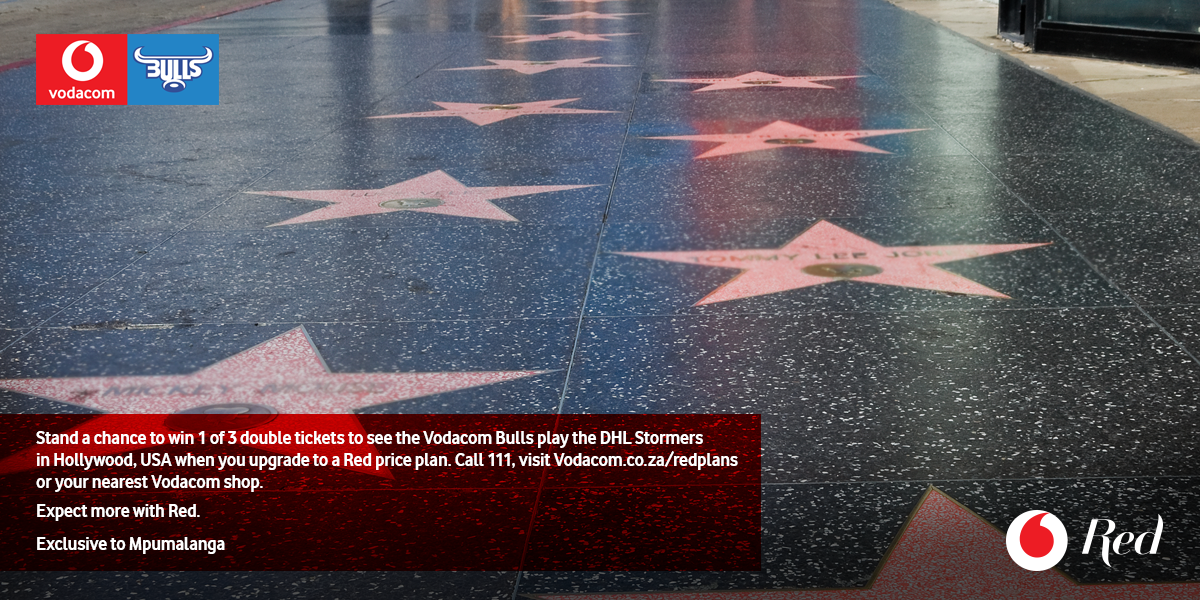 Vodacom, through its sponsorship of Super Rugby and the Bulls, is committed to rewarding Red clients during the 2018 rugby season through a series of Money-Can’t-Buy Experiences. Keep your eye on Vodacom’s social media channels and @VodacomRugga on Twitter for upcoming Vodacom Red Rugby Experiences and how to get involved.

Rolling out the red carpet for DStv subscribers

For rugby fans who never miss a game on SuperSport, they now have the chance to be part of this amazing experience. Two lucky Vodacom Red customers, who are DStv Premium subscribers, will stand the chance to win two tickets for them and their partner to pack their bags for Hollywood.